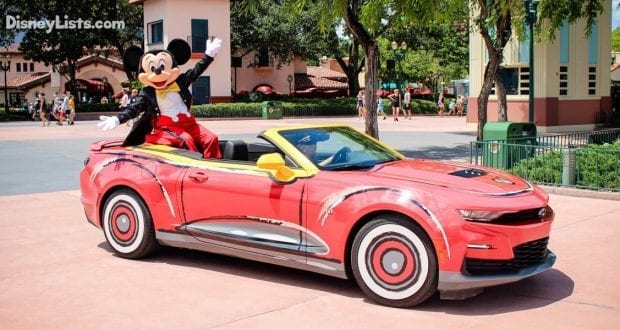 Time Savers: 8 Tips to Make the Most of Your Day at Hollywood Studios

If you haven’t already, you’ll want to download the My Disney Experience (MDE) App for real-time information. You can use this app as a park map, see wait times, dining locations, mobile ordering, make reservations, and SO much more. This app is a Disney fan’s absolute best friend! 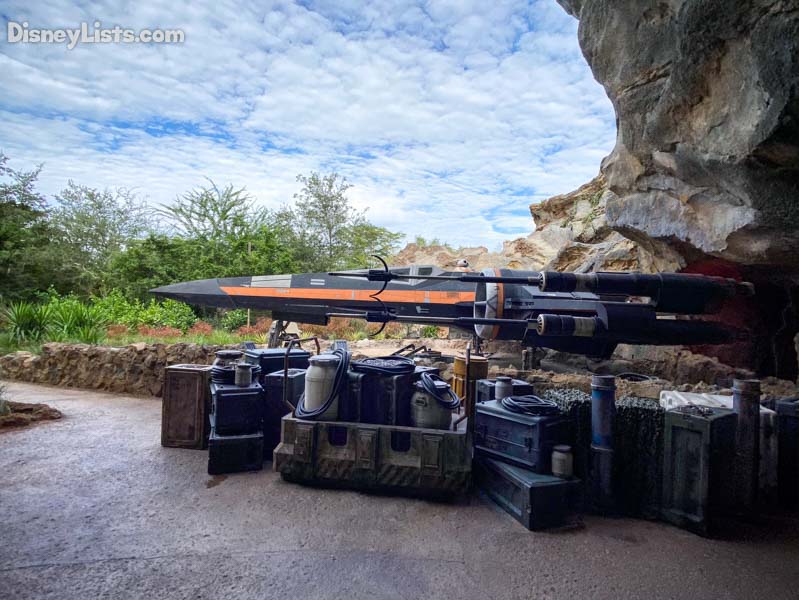 Poe Dameron’s Black One on Star Wars: Rise of the Resistance

Walt Disney World is utilizing a virtual queue for entry into Star War: Rise of the Resistance, even during the phased reopening where attendance levels are being kept low. At this time, a boarding group is required to access the Star Wars: Rise of the Resistance attraction. This means that rather than allowing people to line up like most other attractions, you get in line virtually through the My Disney Experience App or with the help of the Guest Relations team. During the phased reopening, is Disney is offering two different times to join the virtual queue. The two windows are at 7:00 am and 1:00 pm. We highly recommend joining at 7:00 am while at your resort so that you can have a good idea when you will be called to ride the attraction that day. When you join you are given an estimated arrival time for your boarding group. This will give you an idea so you can make decisions on what you’ll do in the park before you ride the attraction. Also, if you join at 7:00 am, you don’t need to stop what you are doing at 1:00 pm and frantically try to join the queue. Finally, you’ll have a much better chance to ride if you join at 7:00 am, instead of waiting to join at 1:00. Slots are limited and will fill up. Even if you get a boarding group at 1:00 pm, it may be a backup group and your group may be called.

No need to waste time studying a park map once you’re in the park! Before you set off on your park mission, be sure to check out the layout of Hollywood Studios well in advance. Even if you are a seasoned Hollywood Studios visitor, the opening of new lands and attractions has shifted some of what you may be used to. Check out the park map online or on your MDE app and you’ll be ready to rock and roll the moment you step foot in the park.

No surprise here! One of the very best ways to make the most of your time is to arrive early, especially during the phased reopening. Disney regularly opens the gate anywhere from 30-45 minutes early to alleviate crowding at the entrance. This means that you’ll get extra time to do one of your must-dos! We highly recommend heading straight to Mickey and Minnie’s Runaway Railway or Millenium Falcon: Smuggler’s Run as before park opening will have some the lowest wait times of the day!

6 – Skip Breakfast in the Park

While we love a good breakfast (especially at Hollywood Studios!), the key to saving time and taking advantage of the early morning hours is to skip breakfast in the park. Definitely eat breakfast, but we’d recommend doing so in your resort room while you’re getting ready that morning. A breakfast shake, breakfast bar, muffins, PopTart… whatever will hold you over until lunch. Don’t forget you can pack snacks to munch on in the park while in line or while going from one attraction to another.

You may have heard that eating at a quick-service location during off-peak hours is a great time-saving tip. This is absolutely correct but doesn’t always work out when attractions and your boarding group come in to play. No worries, just pick up your MDE App and Mobile Order lunch and dinner. It’s super easy on the app and truly saves a ton of time – plus it’s a fun thing to look over menus and order food while waiting in line if you’d like. During the phased reopening, most restaurants are requiring it, so it’s best to plan ahead!

Everyone needs a break from time to time! Whether it’s the heat or tired legs, make the best of your breaks to get the most out of your Hollywood Studios day. Go ahead and grab an ice cream sandwich from Scoops on Sunset Blvd. Take a slow stroll through Walt Disney Presents and check out some cool Disney memorabilia. You can go shopping at one of the many unique shops or catch a character cavalcade!

We hope these time-savers come in handy so you get the most out of your Hollywood Studios day!