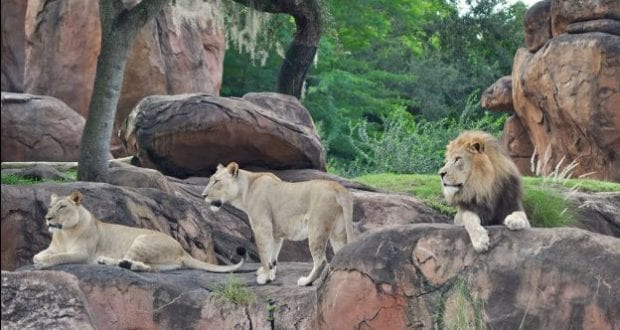 To celebrate the release of the live-action Disney’s The Lion King’, the feature film now out in theaters, the Walt Disney Company has launched a global campaign to raise awareness of the crisis facing lions and support the Lion Recovery Fund and its partners to help advance conservation across Africa. Their goal is doubling the number of lions in the wild by 2050. We were able to participate in a special media event where we learned about the campaign. We learned what we all can do to help protect the pride in addition to learning about all the amazing ways to celebrate ‘The Lion King’ at Disney’s Animal Kingdom. Catch all the details below.

Since Disney’s ‘The Lion King’ was first released in theaters 25 years ago, we have lost half of Africa’s lions. Only 20,000 remain. The time to act is now. Lions are threatened from a combination of factors, including: poaching, loss of prey and destruction of habitats. Disney launched The Lion King “Protect the Pride” campaign in conjunction with the Wildlife Conservation Network’s Lion Recovery Fund in an effort to double the lion population by 2050. By protecting lions, we are also protecting the health and well-being of the savanna, wildlife, and communities who live alongside them.

People are key to saving the species; together we can find solutions that benefit people and wildlife. Since 1995, the Disney Conservation Fund has directed up to $75 million ($13M to projects across Africa) to save wildlife and protect the planet. Disney has already donated more than $1.5 million to the Wildlife Conservation Network’s (WCN) Lion Recovery Fund (LRF) and its partners and will make additional grants as well as invite fans to help double the donation for a total contribution of up to $3 million.

Fans may participate by taking part in celebratory experiences and purchasing special-edition products, as part of ‘The Lion King’Protect the Pride campaign. Keep reading to see how you can participate in this amazing campaign.

2 – Learn About Lions on the Kilimanjaro Safaris Expedition

As we reported last week, for every guest who rides the Kilimanjaro SafarisExpeditionat Disney’s Animal Kingdom Theme Park in Florida during the opening week of ‘The Lion King’film (July 19 – 25, 2019), Disney Conservation Fund will donate $2 (up to $350,000) to the Wildlife Conservation Network in support of the Lion Recovery Fund’s efforts to help double the number of lions across Africa by 2050.

Riding Kilimanjaro Safaris is a great way to learn about lions and many other animals. Every time I ride, I learn something new. I especially love catching the lions on the safari and learning about them. Below is a video from Lori, an animal care expert, who works with her team to study every facet of the lions’ behavior.

We heard from Dr. Scott Terrell, Director, Animal & Sciences Operations, Disney Parks, Experiences & Products and his dedication to the lions and all the animals really came through. He shared that “we as a team are all about caring for these animals here at Disney’s Animal Kingdom and caring for their counterparts in the wild. That is what we live by, breathe by, cry by, every day.” This dedication shines through in their work.

If you can’t make it to the park this summer, you can still help with the campaign by simply shopping and getting an adorable plush in the process. 40,000 Special Edition’ The Lion King’ 2019 Simba and Nala plush lions are available for purchase at Disney stores across the globe, including at Disney’s Animal Kingdom and shopDisney.com. Each of the 40,000 plush represents one of the lions for which Disney and the Lion Recovery Fund (LRF) are working to ensure a future. For each Special Edition lion sold, Disney will donate US $5 to the Wildlife Conservation Network in support of the Lion Recovery Fund and its local partners.

One of our favorite perks of a Disney Cruise is being able to watch current release movies at the Walt Disney Theater during our voyage. Last week with the “PremEAR at Sea” of ‘The Lion King’ on July 19, 2019, Disney Cruise Line made a $10,000 contribution to the Wildlife Conservation Network’s Lion Recovery Fund.

In celebration of the new book, “The Art and Making of The Lion King” and to support a future for African wildlife, Disney Publishing Worldwide and the Disney Conservation Fund will collectively donate $25,000 to the Wildlife Conservation Network in support of the Lion Recovery Fund to help “Protect the Pride” through efforts that engage communities to ensure a future for African wildlife and their habitats.

The book follows The Walt Disney Studios and Director Jon Favreau during the reimagining The Lion King! The film will use groundbreaking technologically from The Jungle Book, directed by Favreau, and build on Disney’s beloved 1994 story and one of the biggest animated films of all time, including new versions of the songs from the animated film. Join the respected Hollywood entertainment journalist Michael Goldman on a delightful behind-the-scenes look at the new and soon-to-be classic tale.

You can purchase the book by clicking here.

Rafiki’s Planet Watch is now open, including the new Animation Experience at Conservation Station, after a lengthy refurbishment. It’s a fun activity, no matter what your skill level. A talented Disney animator gives you step-by-step instructions on how to illustrate your own version on a popular Disney character. In celebration of ‘The Lion King’, Guests will learn how to draw Simba, Zazu, Pumbaa and Timon, as well as friends from other classic Disney films.

We recently enjoyed learning to draw Simba. Thanks to the Disney Parks Blog, you can now have this experience at home! See the video below and follow along to draw Simba. You can download the paper used by clicking here.

There is also brand-new Lion King-themed scavenger hunt in Africa. Some of your favorite characters are hidden around Harambe Village. Each time you spot one, add the corresponding sticker to your map. The map will be available at Outpost, Discovery Trading Company, Island Mercantile, and Mombasa Marketplace. Whether you choose to hunt for all the carvings or not, return your map to Mombasa Marketplace in Harambe or The Outpost Shop in the Oasis by September 28, 2019, or while supplies last for a savanna surprise. *Maps and stickers available while supplies last. Limit one surprise per map.

We enjoyed the scavenger hunt this week. Some of them were hard to find! It’s a great way to explore Harambe Village. Click here for some photos of our experience.

You also don’t want to miss the “Hakuna Matata Time Dance Party,” featuring Timon and Rafiki from Disney’s “The Lion King.” Each day on Discovery Island, the dance party will encourage young adventurers to let their inner animals roam free on the dance floor as a street band plays a fiery soundtrack in a World Beat style. The party is a lot of fun and draws a large crowd!

There are also some fun and exciting ‘The Lion King’ photos ops and walls throughout the park. We’ve had fun visiting them. See the photos on our Instagram account by clicking here and here.

Circle of Flavors: Harambe at Night

A new dining experiences, Circle of Flavors: Harambe at Night, is debuting this week at Disney’s Animal Kingdom. You can learn all about this experience by clicking here. We had a chance to sample some of the desserts that will be served during this dining experience. They were so delicious! 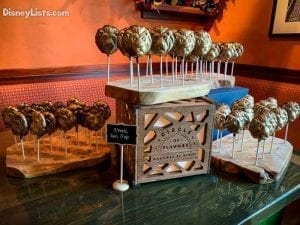 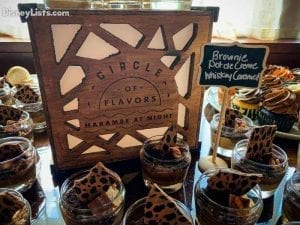 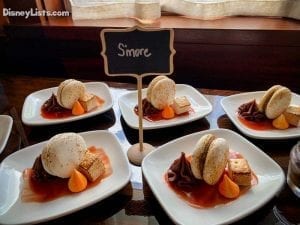 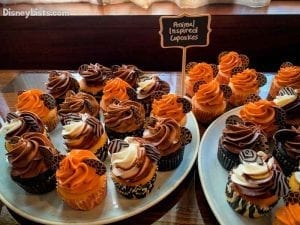 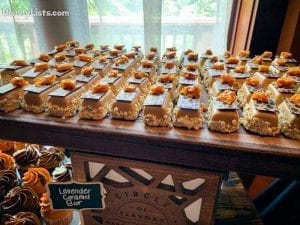 We also had a chance to test out an exciting virtual reality experience that guests of Circle of Flavors will get to enjoy during their progressive dinner. This experience lets you get up close and personal with the lions on Kilimanjaro Safaris. It was a 360-degree experience. I was able to turn around and see behind which was really cool. It was also as if I could reach out and touch the lions. This experience was amazing!

Rivers of Life: We are One and Tree of Life Awakenings

In the evening, there are two great ways to end your day at Disney’s Animal Kingdom. First, you’ll want to catch the new “Rivers of Light: We Are One” nighttime show. This reimagined version of the show introduces additional, stunning imagery and familiar animal characters from Disneynature films, along with a colorful tapestry of classic moments from Disney animation, including scenes from ‘The Lion King.’ Finally, you’ll want to stop by and see the Tree of Life Awakens where you’ll find new scenes from Simba’s journey.