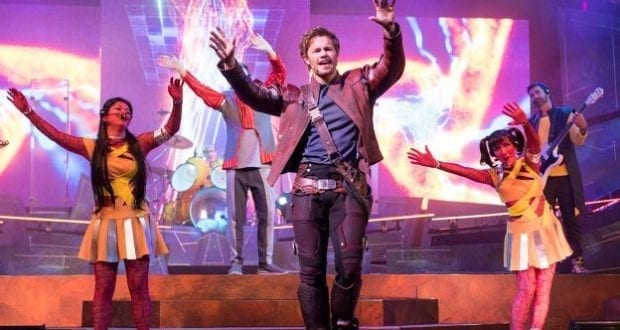 Walt Disney World Resort has launched the Incredible Summer for 2018 with guests being immersed in their favorite Disney films, entering the worlds of their beloved characters and experiencing exciting new attractions and entertainment. It’s looking like this summer really will be incredible. Over at Epcot, for a limited time, you can now rock out at an all-new, live concert featuring music from the Guardians of the Galaxy films. Catch all the details below:

According to the Disney World website, there is a fascinating backstory to why we should be so lucky to have Star Lord and Garmora visit us on Earth!

After saving their world from certain destruction, Peter Quill—a.k.a. Star Lord—brokered a deal with Nova Prime and the Xandarian government to bring an outreach program to his home planet. The purpose? To share Xandar’s rich heritage and culture with Earth’s people.

As luck would have it, Peter informed Xandar’s leaders that there’s already a place on Earth with a similar mission… a theme park called Epcot, where all of Earth’s cultures are celebrated. So, as part of their first outreach, Xandar has sent some of their most talented performers to showcase their music!

Guests can catch “Guardians of the Galaxy – Awesome Mix Live!” five times a day from June 9 through August 19. It is included with theme park admission and is part of Walt Disney World’s lineup of “Incredible Summer” offerings.

While you’re here, stop into the American Adventure at Epcot where you’ll find special offerings inspired by the new “Guardians of the Galaxy: Awesome Mix Live!” At Liberty Inn, you’ll find an adorable Groot Sipper Cup that comes with your choice of a fountain or frozen beverage and a Rocket Fuel Slushy with frozen Coca-Cola and bourbon. Over at Fife & Drum Tavern, you can sip on an “I am Float” Root Beer with vanilla ice cream, whipped cream, and mint leaves or the Awesome Mix Slushy with layers of frozen lemonade, blue raspberry, and strawberry. There’s also the chocolate Galaxy Cupcake with buttercream and a white chocolate piece featuring Groot!

Keep reading below to discover all of the Incredible Summer offerings at Disney World happening right now!

RELATED ARTICLE: Disney Announces “Incredible Summer” with New Offerings at Every Park and Beyond

Now through Labor Day, Walt Disney World Resort is offering an incredible summer for 2018 with guests being immersed in their favorite Disney films, entering the worlds of their beloved characters and experiencing exciting new attractions and entertainment. It’s looking like it will be an amazing summer. Read below for all of the details.

At Magic Kingdom, favorite Disney•Pixar superheroes will take over Tomorrowland – celebrating all things super. The Incredible Tomorrowland Expo is open now through September 3. Guests will party with Mr. Incredible, Elastigirl, and Frozone from Disney•Pixar’s “The Incredibles” and upcoming “Incredibles 2.” And, for the first time ever, guests will get to see Edna Mode, the greatest superhero costume designer. The superheroes will interact with guests throughout the land. And the festivities culminate with a “SUPER” dance party on the Rocket Tower Stage. “Incredibles 2” opens in theaters nationwide June 15, 2018. For all of the details on this fun addition, click here. 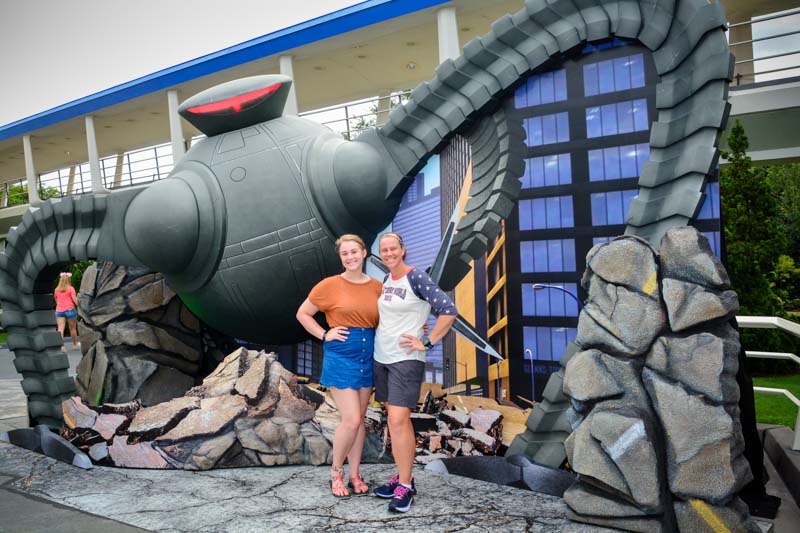 This summer, Disney’s Animal Kingdom is celebrating its 20th Anniversary with two super new experiences: A “dino-tastic” celebration where Donald Duck takes over Dinoland U.S.A. with prehistoric elements in a new and exciting character celebration; and UP! A Great Bird Adventure, where Senior Wilderness Explorer Russell and his furry friend Dug, from the Disney•Pixar hit film “Up,” discover species of birds from around the world. This new show is now running daily. 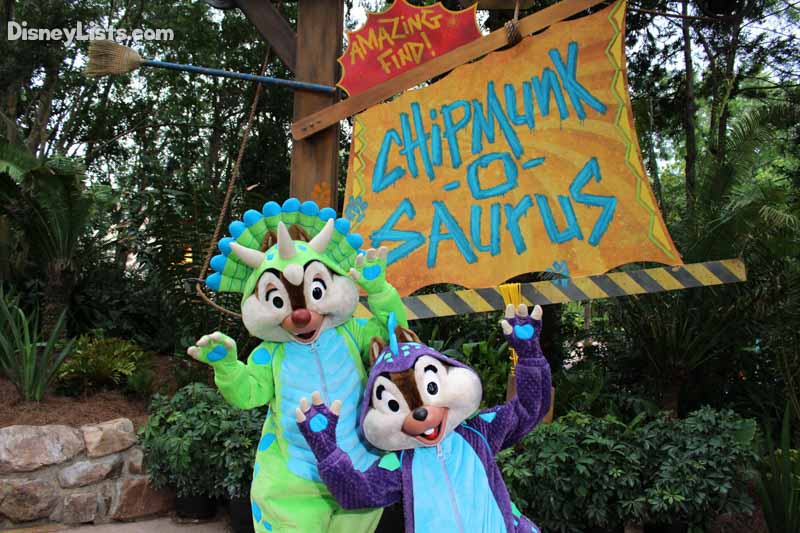 Donald’s Dino-Bash! is a “dino-tastic” celebration where Donald Duck takes over Dinoland, U.S.A. to celebrate his recent discovery that ducks are descendants of dinosaurs. Feathered friends Scrooge McDuck and Launchpad McQuack and other friends of Donald are on hand to meet guests. In addition to bringing his own decorating touch to the land, Donald throws a nightly dance party where everyone is welcome to “shake their tail feathers.” Donald’s Dino-Bash is a new permanent feature to Dinoland U.S.A. that will continue even after the summer concludes. Click here for our review and photos of Donald’s Dino-Bash.

Disney’s Typhoon Lagoon will join in on the Incredible Summer fun starting June 21, with new Disney H2O Glow Nights. The water park will transform on select evenings June 21-Aug. 11, when a glow party takes over the park from 8 p.m.-11 p.m. Tickets go sale March 19 and are $55 per person plus tax for adults and $50 per person plus tax for children ages 3-9. For more information and to purchase tickets, call (407) 939-1872.

As summer gets into full swing, the capstone of Incredible Summer at Walt Disney World opens at Disney’s Hollywood Studios on June 30. The ongoing reimagining of the park takes guests to infinity and beyond, allowing them to step into the worlds of their favorite films, starting with Toy Story Land.

This new 11-acre land will transport guests into the adventurous outdoors of Andy’s backyard. Guests will experience two new attractions, including Slinky Dog Dash, a family-friendly coaster which will send riders dipping, dodging and dashing around turns and drops that Andy has created to stretch Slinky and his coils to the max. “Toy Story” pals also come to life in another fresh-from-the-box themed attraction — Alien Swirling Saucers. This Pizza Planet toy playset is loaded with aliens circling about in their flying saucers pulling along rocket ships full of guests. The new land also will encompass – Toy Story Mania! – which has been expanded to add a third track to the existing popular attraction. Woody’s Lunch Box will be a new quick-service kiosk serving tasty meals and old-fashioned soda floats inside Toy Story Land.

Summer 2018 also marks the first summer for new offerings at Disney Springs including “Star Wars: Secrets of the Empire,” a Hyper-Reality Experience from Lucasfilm, ILMxLAB and The VOID; and a host of new restaurants and bars have popped up to tempt any appetite. These include The Edison, a lavish “Industrial Gothic” restaurant and bar; Maria & Enzo’s, an open and airy Italian trattoria featuring family-friendly dishes inspired by Sicily; Terralina Crafted Italian, a new concept from James Beard award winner and “Top Chef Master” Chef Tony Mantuano; and Wine Bar George, the only Master Sommelier-led wine bar in Florida, brought to Disney Springs by former California Grill manager and Master Sommelier George Miliotes (opening this spring).