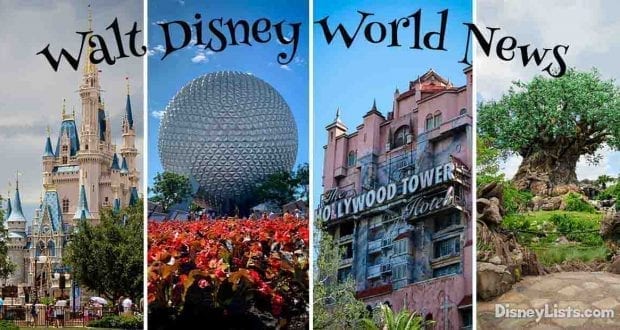 Disney World is back to normal after skirting the edge of Hurricane Dorian, and normal mean lots of news! The first round of major closures at Epcot came this week as the park begins its radical makeover. Disney announced dates for the 2020 installment of the Festival of the Arts. Mobile ordering also got another expansion. Disney has stepped up to help residents of the Bahamas in the aftermath of Dorian. Animal Kingdom welcomed a new resident, and three PhotoPass studios are now open. We’ve also added a cheat sheet to help keep track of all the changes happening at Disney World.

All this and more below.

1 – First Round of Major Closures Begin at Epcot

Saturday, September 7 was the last day of operation for The Fountains of Nations, Innoventions East, Colortopia, Nanooze Break, Club Cool, and Fountain View (Starbucks). Club Cool will reopen in a new capacity at a future merchandise location. Starbucks will also reopen late fall at a different location.

One side of Epcot Character Spot also closed with Mickey, Minnie, and Goofy being relocated to a new spot for meet and greets. Construction walls are expected to go up this week around the Fountain of Nations and surrounding areas. This area will eventually be a part of the new “neighborhood” – World Celebration. More closures are coming as Epcot undergoes a complete overhaul and re-imagining in time for Walt Disney World’s 50th Anniversary in 2021.

2 – Dates Announced for the Epcot International Festival of the Arts

Epcot’s newest festival, the Festival of the Arts, is returning next year and we’re very excited. This underrated festival is worth a visit.

Click here for the dates and everything you need to know about this festival. 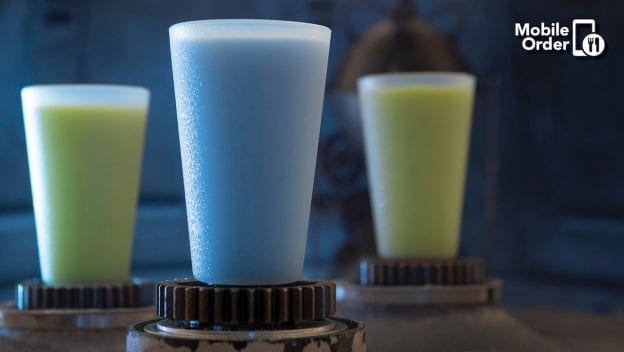 Enjoying the food and beverages at Star Wars: Galaxy’s Edge just got easier. Earlier this week, Disney announced that three locations in the new land will be added to the service. The Milk Stand, Ronto Roasters, and Docking Bay 7 Food and Cargo will now accept mobile orders. With the My Disney Experience app, you can browse the menus to order ahead of time. Then when you arrive, you tap “I’m Here” in the app and go to the designated pick-up counter where Cast Members will deliver your food. It saves a lot of time, and we use mobile ordering whenever we can.

It’s a very exciting time growth and development at Walt Disney World. In fact, there are so many new things opening, coming and happening, it’s hard to keep track. Here’s a cheat sheet to help keep things straight and make sure you haven’t missed anything.

Click here for everything you need to know at Star Wars: Galaxy’s Edge at Disney’s Hollywood Studios!

Click here for our review and what you need to know about this fun new experience.

Click here for our review and walkthrough with photos and video.

Click here for what we know about Disney’s newest form of transportation.

After saying goodbye to Illuminations: Reflections of Earth on September 30, 2019, a brand-new nighttime show, Epcot Forever will debut. (See link below for more information)

Click here for everything we know about this new show!

Many of us lead busy lives, and so it can be hard to carve out time to get professional photos of our kids or the family. While on vacation at Disney World, there is an excellent option for families to get pictures taken with unique backdrops! This service is an especially great thing to take advantage of if you will be purchasing Memory Maker for your trip. All the photos will be included! Here are all the details from Disney Cast Member Emily Southard:

When you think of photo opportunities at Walt Disney World Resort, your first thought is probably of iconic photo spots like in front of Cinderella Castle or the Tree of Life.

But there are so many other ways to commemorate your visit! One of my favorites is professional studio photography offered by Disney PhotoPass Service.

There are actually three Disney PhotoPass Studios you can visit: at the Marketplace at Disney Springs, Sir Mickey’s at Magic Kingdom Park, and on the second floor of Disney’s Grand Floridian Resort & Spa. 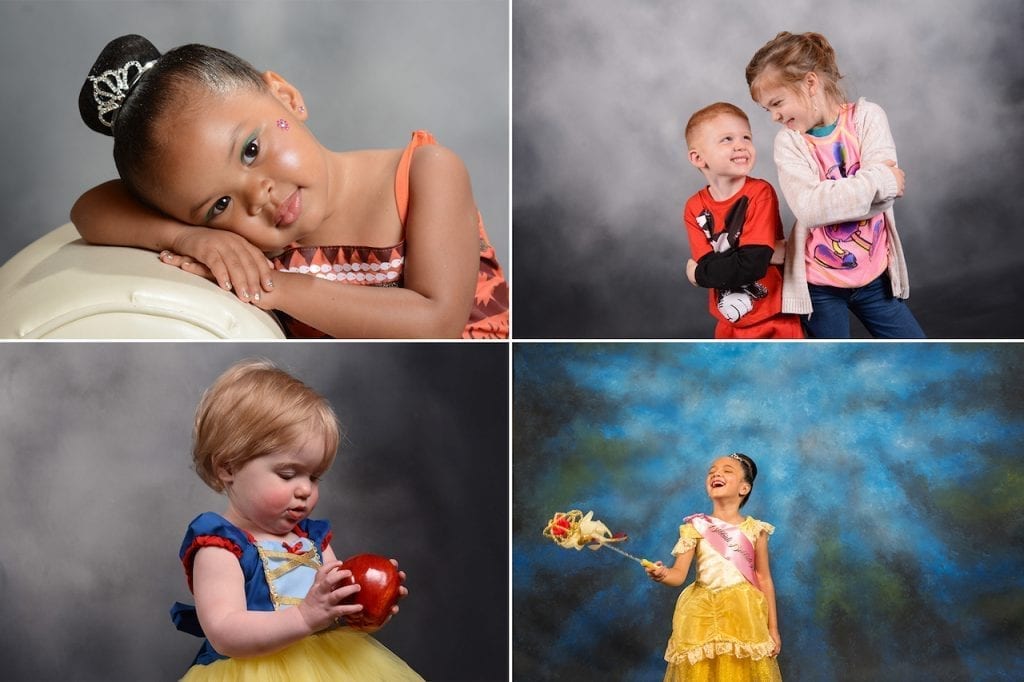 The studios at Magic Kingdom Park and Disney’s Grand Floridian Resort & Spa offer you the opportunity to capture photos in front of a standard backdrop, while the studio at Disney Springs offers both a standard backdrop and a wide variety of Disney-themed virtual backdrops.

While these studios are a favorite among princesses and knights who have been transformed at Bibbidi Bobbidi Boutique, all Guests are welcome to take photos at these locations! No reservations are required.

With a standard backdrop, photographers snap classic portrait photos that just beg to be framed! While you never need an excuse to visit, this is also a great way to mark special occasions like a birthday or graduation.

The virtual backdrops available exclusively at the Disney Springs studio provide a unique experience to capture family photos with a fun Disney twist. There are even festive virtual backdrops that make for excellent Christmas card photos! Let your imagination run wild, and the photographers will do the rest.

Whether you include the whole family or have a solo photoshoot, Disney PhotoPass photographers will make sure you capture the picture-perfect snap you’ll want to share with family and friends. Stop by any of the three Disney PhotoPass Studios during your next visit!

Last week Central Florida prepared for Hurricane Dorian. Thankfully the hurricane stayed well to the east. Ahead of the storm, Disney announced that parks would close early on Tuesday for the safety of the guests and cast members. The parks reopened Wednesday with regular operating hours. The hurricane season ends November 1.

Click here for what you need to know about hurricanes and Walt Disney World.

Six-year-old Jermaine Bell of Jacksonville, Florida, spent more than a year saving money for his birthday trip to the Walt Disney World Resort in Florida. However, hurricane Dorian changed Jermaine’s plans in a big way. Millions of people have since been inspired by the story of this little boy’s selfless act of compassion.

As the hurricane approached the South Carolina coast, Jermaine emptied his piggy bank and bought hundreds of hot dogs, bags of chips and bottled water. He served them free of charge to hurricane evacuees who passed through the South Carolina town where he was visiting his grandmother.

On Sunday, Sept. 8, Jermaine celebrated his seventh birthday. Mickey Mouse and a group of Walt Disney World cast members made a surprise visit at the birthday party where Jermaine learned that he and his family are going to Walt Disney World after all. The family will enjoy a VIP getaway at the vacation kingdom later this month.

The Walt Disney Company, led by Disney Cruise Line, has committed more than $1 million in cash and in-kind support to help relief and recovery efforts for those in The Bahamas affected by Hurricane Dorian.

“The Walt Disney Company stands with the people of The Bahamas affected by Hurricane Dorian,” said Robert A. Iger, Chairman and Chief Executive Officer, The Walt Disney Company.  “We hope our $1 million donation will provide much-needed relief and help our neighbors, colleagues, and all those impacted by this devastating storm begin the long process of recovery as they work to put their lives and communities back together.”

Disney’s commitment includes a $1 million donation to non-profit relief agencies who will be undertaking recovery and rebuilding efforts, as well as the provision of supplies – including food staples and basic construction materials – to those in impacted areas.

Additionally, Disney employees with immediate needs in impacted areas of The Bahamas will have access to a range of resources. Disney Castaway Cay, which experienced only tropical force strength winds, employs more than 60 Bahamians from Abaco and Grand Bahama, as well as several employees from other Bahamian islands.

“The Bahamas is such a special place to us and our guests, and we have watched the devastation created by Hurricane Dorian with concern and heartache,” Jeff Vahle, president of Disney Cruise Line said. “We stand with the Bahamian people, and especially those in Abaco and Grand Bahama, as they recover from the worst storm to ever make landfall in The Bahamas. As the needs in these communities are assessed, we are prepared to aid the relief and recovery efforts through funding, the provision of supplies and by providing support to our Bahamian Crew Members.”

Disney continues to monitor Hurricane Dorian and will coordinate on an ongoing basis with nonprofit organizations on emergency response efforts. This includes sharing lifesaving information with families before and during emergencies, prepositioning supplies at-the-ready to respond rapidly to natural disasters, and providing resources to activate large-scale responses as needed in the event of a disaster.

We love new arrivals at Animal Kingdom. Who doesn’t love baby animals?! We were excited to learn that the Animal Kingdom eland heard is a little bigger now.

Walt Disney World Resort was fortunate to be spared from Hurricane Dorian, and today it’s back to business as usual. Cast Members across property worked diligently to prepare for the storm, including the Animals, Science and Environment Cast Members, who were busy taking care of our herd. And we’re excited to share the herd just grew by one. 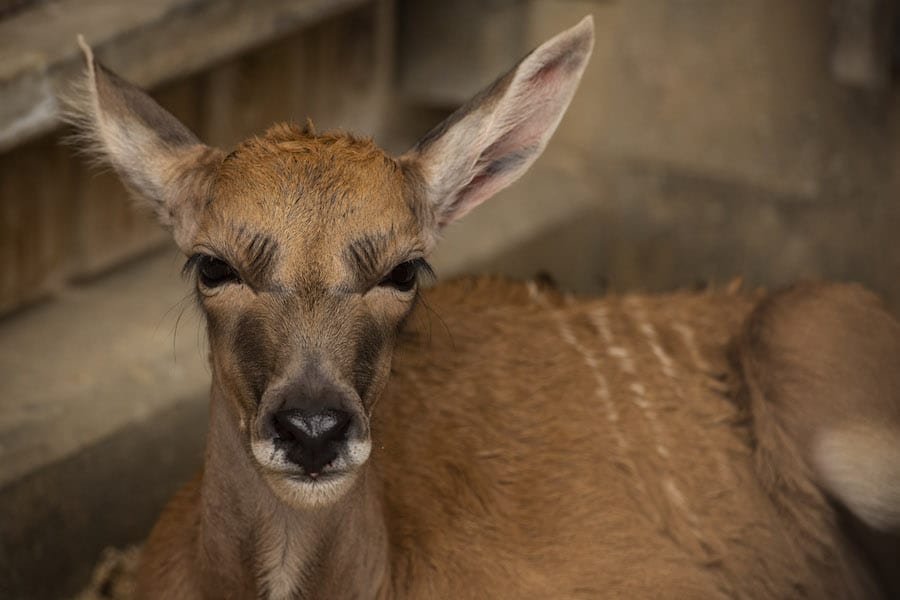 Early [on Wednesday], an eland in our care gave birth to a healthy calf named Doppler in honor of its post-storm arrival. Gender is not known as of yet. These photos were taken in the first few hours after the birth, and the calf has already taken its first steps.

The calf was born as part of a species survival plan in partnership with the Association of Zoos and Aquariums (AZA). Mom and baby are bonding well, and the team will conduct a neonatal exam in the coming days to get a gauge on the calf’s weight, height, and gender. The pair will remain backstage for the next several weeks before venturing out onto the savanna with the rest of the herd at Disney’s Animal Kingdom.